Our expert facilitators from Shared Future will guide the jury through the process, encouraging debate and ensuring every voice is heard. 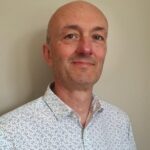 Pete has worked on over thirty Citizens’ Juries over the last fifteen years on a range of topics. Most recently he led the design, organisation and facilitation of the Leeds Climate Change Citizens’ Jury and the Lancaster district Climate Change People’s Jury. He is one of the Directors of Shared Future and lives with his family in Kendal. 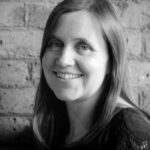 Jenny lives a few miles from Kendal and is excited to be working with this local jury. She is looking forward to hearing what comes out from the discussions in Kendal and see how it relates to the deliberations of other climate change juries she has worked with in Lancaster and Leeds. All her work is about supporting people to participate in decision making on issues that affect them, from grassroots community up to national level. 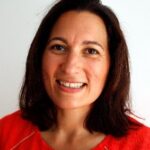 Over the last 15 years, Claire has designed and facilitated many engagement processes on environmental issues. In 2019, she helped facilitate Citizens’ Assemblies on the climate crisis and air quality in Camden and Kingston. She was also one of the facilitators at Climate Assembly UK. She is part of a group of accredited researchers observing the French Climate Change Convention.  Claire’s interest for participative democracy and sustainability emerged when studying political sciences in France in the late 1990’s. In 2004, she left France and came to the UK, where she felt there was a stronger culture of dialogue on environmental issues. 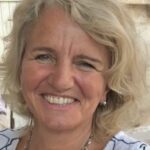 Liz is an independent facilitator and organisation consultant with over 30 years experience of working  with communities and organisations in the public and voluntary sectors in the UK and in Africa and Asia. She is passionate about citizens being at the heart of decision-making and connecting personal, community, organisational and systemic change to make a positive difference in people’s lives.  She has been actively involved in the citizens’ assembly on climate change in her home city of Oxford, as well as facilitating citizens’ assemblies in Dudley and the Greater Cambridge Partnership, as part of the #InnovationinDemocracy programme.